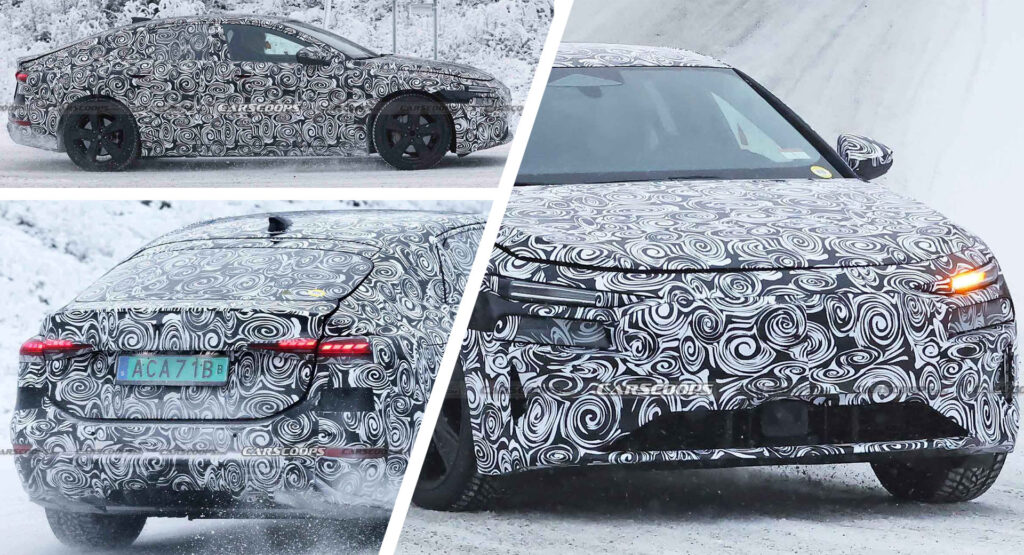 The Mercedes EQE has the electric midsize premium sedan market all to itself right now, but that’s about to change. Both Audi and BMW are preparing their own three-box EVs, and these latest spy shots give us a clearer idea of how Ingolstadt’s contender, the A6 e-tron, will look.

While we’ve caught the electric A6 testing a few times, including at the Nürburgring last week, this is the first time prototypes have been spotted with production head- and taillights.

Like the 2021 A6 e-tron Concept that previewed it, the production sedan gets a split headlight arrangement with slim DRLs up top, and the main headlight units partially hidden inside a section of the bumper below, one that will probably be blacked out on the production car.

Though not visible here due to the test car’s heavy disguise, the blanked-off grille is likely to receive the same silver-gray finish that’s become a hallmark of electric Audis. But one thing we don’t have to speculate on is the look of the rear lights. Seen completely uncovered here, they show the same segmented design previewed on last year’s concept. 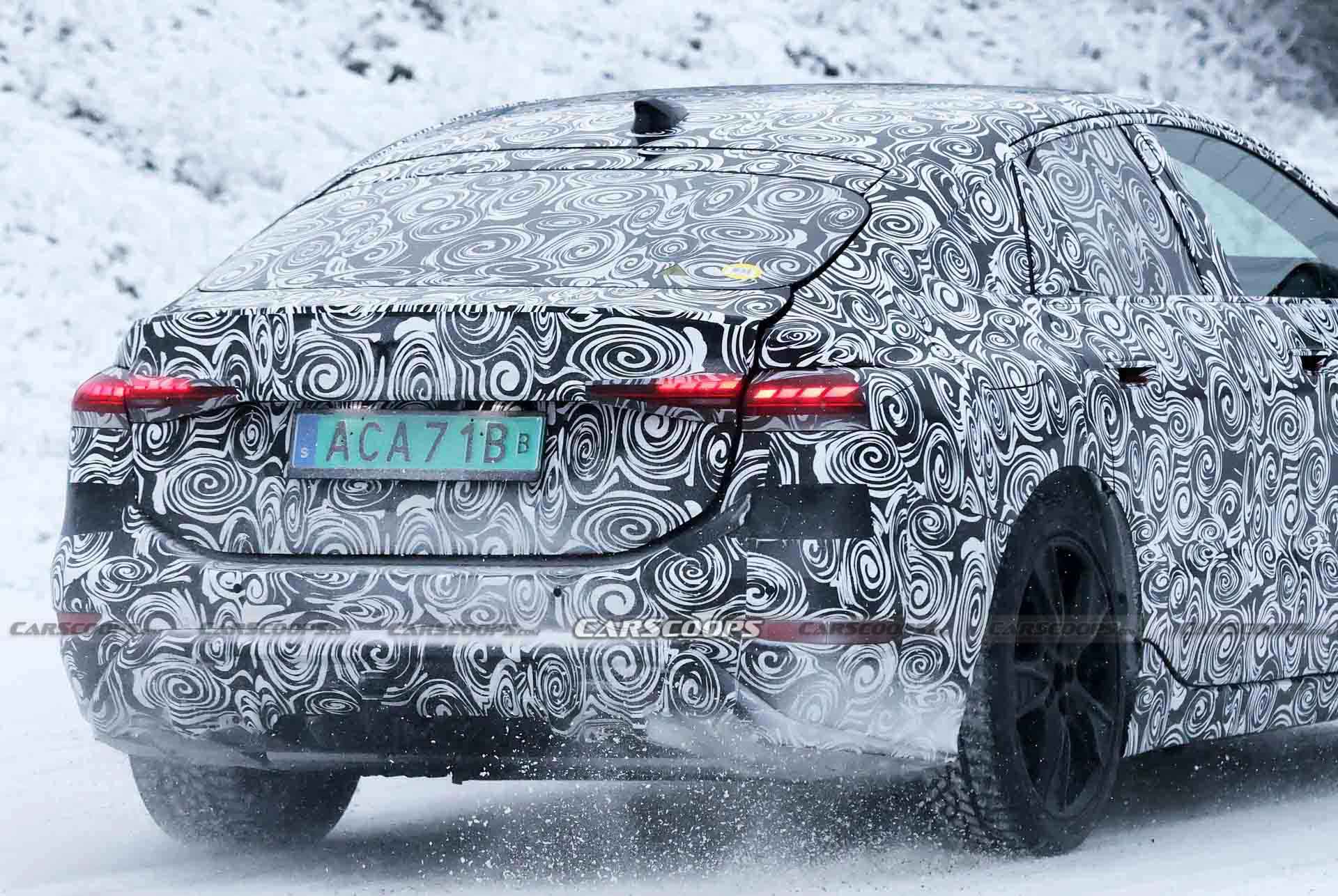 Unlike the concept, the prototype gets conventional door handles and mirrors, though since Audi already offers camera-based mirrors on other vehicles, that tech may appear on higher-spec versions of the production car.

Under the skin is a version of the Premium Platform Electric (PPE) architecture that will go into the Porsche Macan EV and Audi’s own Q6 e-tron SUV. Featuring 800 V technology allowing charging speeds of up to 350 kW, the platform can also support air suspension, all-wheel steering and torque vectoring, though base cars are unlikely to get any of that and will have single-motor powertrains designed for efficiency rather than performance.

How to grow up babies